A proposal for the use of the missile base complex: the Iron Curtain Memorial, military museum, gallery, campus for artists, ecologists, historians, tourist infrastructure, facilities for environmental activists…

The missile base located above the city of Bratislava, Slovakia, on the top of Devínska Kobyla is today an unused and dilapidated memory of history. Concrete silos, bunkers and barracks built in the 1980s attract only a few contemporary witnesses, curious people and passing tourists. The buildings are in poor technical condition and, in many cases, movement in their vicinity is dangerous. In such locality which oozes history and is also surrounded by beautiful countryside, we see the potential for its improvement.

Devínska Kobyla is a mountain massif on the southwestern edge of Bratislava. Visually it dominates the western part of the city. It is connected with Devín Castle, the River Danube and the city districts of Devínska Nová Ves, Dúbravka, Karlova Ves and Lamač. From its summit you can see Bratislava, Austria and Hungary, and when there is good visibility the Czech Republic.

The views from its summit have a symbolic meaning. As there was a military base in the past, the site was inaccessible to the public for many years. Today, visitors can move freely around the military base and the surrounding forests and enjoy freedom of movement and views. For older generations, it is a symbol of regained freedom and a symbol of a united Europe.

An air defence unit used the area to protect the “camp of socialism” from “imperialist aggressors”. Under socialism, the army was perceived negatively by ordinary people due to compulsory military service.

Young men had to spend a year or two in barracks, separated from their families and friends, sometimes in very uncomfortable and indecent conditions. Even today, barracks evoke mixed feelings among the generations. Some still perceive them negatively, while others have more positive memories. Today, there is but a skeleton of the former launch sites and operation buildings on Devínska Kobyla, mostly concrete ruins, overgrown with vegetation, a refuge for the homeless, completed in graphite.

The concrete skeletons of bunkers and buildings, the pollution left by the soldiers here, is gradually giving way to the forces of nature, but it represents a problem and at the same time a chance for an interesting conversion, recycling, and revitalization.

URBAN AND NON-URBAN AT THE SAME TIME

Building the observation tower in 2020, the destination became attractive and the number of visitors multiplied by an order of magnitude. At the moment, apart from the observation tower itself, a few benches and information boards, there are no functional devices in the location, which the public perceives to be negative. Several well-marked and well-maintained hiking trails lead to the top of Devínska Kobyla, including the former asphalt access road. The site is only accessible on foot or by bike. Although it is a natural site, it is part of urban life in Bratislava. It supports the idea of a city of short distances as it is easily accessible on foot or by public transport. The importance of the site in terms of spending leisure time in the wild increased greatly during the period of the travel ban due to the COVID crisis.

It is a parametric structure that responds to the geopolitical symbolism of the view of the three countries. The viewing platforms are increasing upwards. The dynamic form was not the goal of the authors of the project, but the result of a consistent response to the structural logic, the direction of the views and the logic of the movement of visitors.

The staircase arms are inspired by comfortable Baroque staircases. During the tower’s construction, an urban myth arose that the building is supposed to symbolize the praying mantis, which is typical for the site of Devínska Kobyla.

Devínska Kobyla, as a part of the Little Carpathians Protected Landscape Area, is of exceptional botanical, zoological, geological and palaeontological importance (Sandberg site).

A proposal for a program for the use of the complex is expected (such as the Iron Curtain Memorial, military museum, gallery, campus for artists, ecologists, historians, tourist infrastructure, facilities for environmental activists …) (… if necessary to address the overlap onto the wider area and wider relations, to deal with the design of transport connections and static transport – parking Areas). Other new features are welcome. Expecting urban, Landscape and architectural design of the proposed functional concept of use. Alternatively, a proposal for rules that will generate quality development of the site.

Overlaps with virtual solutions are welcome. We expect original solutions to the mentioned problems, or their display in a new Context. Proposals should be a catalogue of inspiration for property owners to find a program and also how to use them, they should be an inspiration for the city district for possible investments in infrastructure and also for the municipality to define the new regulations.

Welcoming the use of ecological technologies and construction methods.

The current infrastructure solution does not allow access of car traffic directly into the area, as it is located in a protected natural area. The current state offers a parking space at the beginning of Dúbravská Hlavica a few km from the site, from where the site is accessible on foot after about a 20-minute walk with an elevation of about 150 m. The access road is of a service nature, closed by a Locked ramp. The capacities of static transport are not sufficient even in the form of parking, as there is no parking lot and parking is on the access road.

CURRENT STATE OF THE MISSILE BASE

The missile base area is currently unused and dilapidated. The buildings are in poor technical condition, in many cases dangerous for the free movement of persons. The flora of Devínska Kobyla is gradually taking over over the missile base, the area is deserted and nature is looking for a way to deal with the “ruins” of the base Objects in many cases. The roads are overgrown and, thanks only to access to telecommunication detectors, is the very top of Devínska Kobyla accessible. 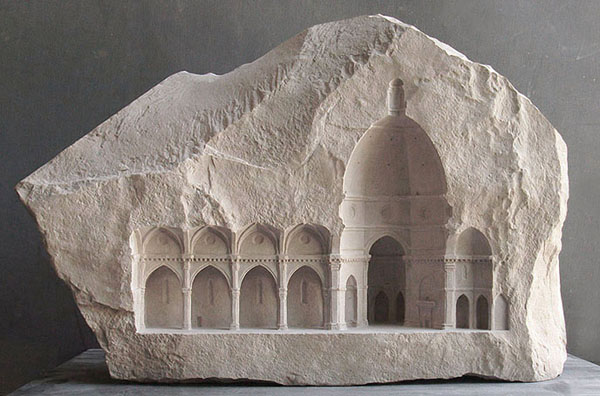