Propose a spatial organisation which will integrate Florenc into existing urban structure of the New Town and Karlín districts.

Florenc is a public transport hub as well as an old railway brownfield in the centre of Prague. Its name refers back to the 14th century when artisans from Italian Florence invited by Emperor Charles IV. settled here. The objective of the international urban design competition is to find a viable proposal for a new mixed-use neighbourhood with new homes and spaces for Prague’s booming advanced producer services sectors as well as places for leisure, cafés and restaurants. High quality public spaces should be the backbone of new Florenc with liveable streets and plazas creating new links between Prague’s Nové Město and the trendy Karlín District.

Florenc is situated about 1,000 m to the east from the Old Town Square, on the boarder of the New Town and Karlín districts. It’s present character is shaped by transportation infrastructure including bus terminal, train station and metropolitan arterial road, at the same time it is the largest brownfield in the city center.

The competition site lays in the footprint of the former New Town rampart traces of which including the historic moat and the drainage are well preserved underground the site. After the New Town fortification was demolished in 1870s, the space was used for city’s key transport infrastructure with gradually some plots left undeveloped.

Significant portion of the competition site is situated in the urban conservation area of the Prague Historic City Centre, a listed UNESCO World Heritage Site and the entire adjacent area falls in the world heritage site buffer zone.

A number of important vistas and views on dominant landmarks were identified in the area. For example, the view from Masaryk Railway Station through Hybernská Street towards the Powder Tower (Prašná brána), a national heritage monument, or view from V Celnici Street on the Church of Our Lady before Týn (Týnský chrám). These vistas link the competition site with Prague’s historic core. The view of Vítkov Hill with the national heritage monument is equally significant for the legibility of the site.

The competition area contains a number of cultural institutions: The City of Prague Museum, Karlín Musical Theatre and industrial heritage buildings of the former railway engine depot at the Prague Masaryk Railway Station in which the National Technical Museum plans to open its Railway Museum.

Today, Florenc serves as an important transport hub of national and European importance. The Prague-Florenc Bus Terminal has a significant share of international coach services. Prague Masaryk Railway Station is the terminal station for commuting train services arriving from the east, north and partly northwest of the Prague metropolitan area and in 10 years’ time it will also offer a direct train connection to Václav Havel Airport Prague. The area is well serviced by the Prague Integrated Transport system including two metro lines and a number of tram and bus lines.

Masaryk Station Development pursues the objective to redevelop the land into a fully integrated and functionally self-sufficient urban area. The primary objective is to eliminate the scar on the city’s face posed by the existing brownfield and replace it with a well-defined and structured urban area designed for business, living and leisure with direct links to the historic centre.

ČSAD Praha holding, a. s., plans a gradual conversion of the bus terminal into a mix-use development that is integrate into the urban fabric of Prague’s city centre while enhancing comfort for passengers and improving public spaces.

The purpose of this urban design competition is to identify and reward an integrated proposal for the competition area. The winner shall present a comprehensive, economically feasible, environmentally sustainable and socially equitable regeneration vision that will encourage key stakeholders for its implement.

The winner of the competition shall be subsequently commissioned to develop the design further into a master plan with design code elements for the competition site (red zone) that will serve as a basis for proposed changes of Prague’s Zoning Plan and will guide the regeneration process of the site.

Proposals in the interactive and indicative zones (green and blue) will present a portfolio of ideas as a basis for coordinated development and decision-making by the city government.

In the following phases, Masaryk Station Development will consider inviting competition participants when selecting architects for individual projects in the area.

Key points of the brief include:

The jury will select up to 5 teams based on their applications with portfolios to take part in the competition. The competition will have two phases – in Phase 1 the teams will prepare an urban regeneration concept plan for the interest area, which will be developed into a masterplan in Phase 2. The jury will choose a minimum of 3 and a maximum of 5 competing teams for Phase 2 of the Competition. 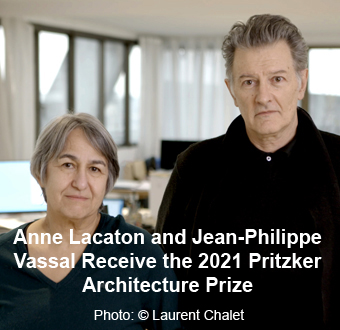